The Feast of the Assumption is this Saturday, August 15 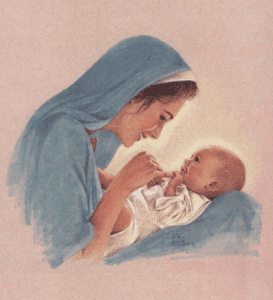 In harkening back to the early life of Mary, we are told in Luke 2 that shortly after Jesus’ birth, he is taken by his parents to the temple in Jerusalem to be consecrated to the Lord as was Jewish custom. Inside, they meet an old prophet named Simeon, who by the power of the Holy Spirit, it had been revealed to him that he would not taste death until he had seen the Lord’s Messiah. When Mary approaches him with Jesus: “Simeon blessed them and said to Mary, his mother: ‘This child is destined to cause the falling and rising of many in Israel, and to be a sign that will be spoken against, so that the thoughts of many hearts will be revealed. And a sword will pierce your own heart too.’” Luke 2:34-35

Simeon foretells the work and mission of Jesus but adds also the immense spiritual pain and suffering Mary herself will undergo as a result of love for her son and obedience to God’s will. Indeed, nearly Mary’s entire life is an act of self-surrender, love, and suffering for her son and for God.