A message from Father McCarthy about recent events

As most of you have already heard in the news, the pastor of St. Ignatius was recently placed on administrative leave and will not be returning to St. Ignatius. Currently, an investigation is being done both by civil authorities and by the Archdiocese to uncover if there is any more information out there. The story broke as a result of a text sent to a 17- year-old St. I. parishioner, but this incident was just a 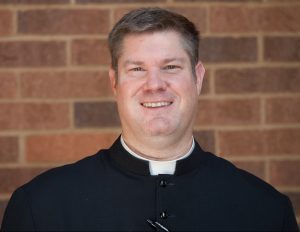 catalyst which brought far greater light to past issues that had occurred at St. Maximilian in 2013 and again in 2015.

I was the Parochial Vicar at St. Max and served under Fr. Drew for nine months before being assigned to Holy Name to cover for the pastor who had died. At no time during those nine months was I aware of any wrongdoing by Fr. Drew, nor did any parishioner come to me with concerns about him. At the parish picnic a parishioner informed me that Fr. Clarence Heis had also been placed on administrative leave.  At the point, I looked online and saw a news article which confirmed that information; however, no details were given. Fr Heis was arrested in 2005 for homosexual acts in a public park, he was placed on suspension in 2006, and reinstated in 2009, where he worked in the head office of the Archdiocese. Fr. Heis served as weekend help at St. Ann for four years under Fr. Dennemann and two weeks with me, when at that time I asked him to leave due to his unwillingness to follow basic liturgical norms and be supportive of me as the new pastor.

With the investigation on Fr. Drew, it came to light that Bishop Binzer, a son of the parish, had been fully aware of Fr. Drew’s problems both in 2013 and 2015, yet failed to inform Archbishop Schnurr and the Priest Personnel Board of those accusations. If that information was known by either the Archbishop or the Priest Personnel Board, Fr. Drew would have never been assigned to a parish with a school, and likely not as pastor to a parish. As the Archdiocese’s spokesman communicated to various news agencies, the first time Archbishop Schnurr was aware of any problems with Fr. Drew was in August 2018. At such time he was being “monitored” (although rather poorly) by a counselor and was told to avoid interaction with the school or youth. He was left at St. Ignatius during that time based on the recommendation of the public prosecutor’s office.

Bishop Binzer is now under investigation by the Archdiocese for his role in this situation, as well as to learn if there is any addition information Bishop Binzer failed to report to the Archbishop or proper authorities. The Archbishop has not suspended Bishop Binzer, although he did remove him as the Director of Priest Personnel, a substantial part of his responsibilities at the Archdiocese. I know this news regarding Bishop Binzer is heartbreaking to the people of St. Ann, especially to those who had a personal relationship with him. The whole situation is extremely sad and most troubling. People are mad, and with good reason. Evil has surely entered into this, which is why, more than ever, we need to pray and seek the intercessory prayers of St. Ann, our Patroness, and the Blessed Mother under the title Our Lady of Sorrows. Not only did this occur to a neighboring parish, but two individuals have direct connections to St. Ann, most particularly Bishop Binzer, who grew up in this parish.

First, I am asking for us all to pray for the families who have been personally hurt by the actions of these individuals. Secondly, we need to pray for ourselves and the rest of our brothers and sisters of the Archdiocese, and finally, we need to pray not only for the two priests and Bishop Binzer for their souls but, also, that we don’t allow this evil to penetrate our hearts and become too discouraged.

I have said little prior to this, only because I myself know little; most of what I have revealed is from news articles. Any official information I received from the Archdiocese has been revealed prior from news sources. In closing, may Our Lord, the Good Shepherd, bring healing and peace to His Church and mercy on our world.